PBF Energy is one of the largest independent petroleum refiners and suppliers of unbranded transportation fuels, heating oil, petrochemical feedstocks, lubricants and other petroleum products in the United States. 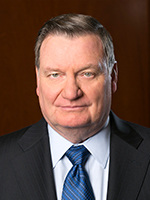 Thomas J. Nimbley has served as our Chief Executive Officer since June 2010 and was our Executive Vice President, Chief Operating Officer from April 2010 through June 2010. Prior thereto, he served as a Principal for Nimbley Consultants LLC from June 2005 to March 2010, where he provided consulting services and assisted on the acquisition of two refineries. He previously served as Senior Vice President and head of Refining for Phillips Petroleum Company and subsequently Senior Vice President and head of Refining for ConocoPhillips domestic refining system (13 locations) following the merger of Phillips and Conoco. Before joining Phillips at the time of its acquisition of Tosco in September 2001, Mr. Nimbley served in various positions with Tosco Corporation and its subsidiaries starting in April 1993. 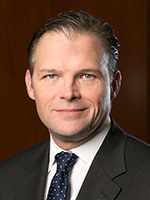 Matthew C. Lucey joined us as our Vice President, Finance in April 2008, served as our Senior Vice President, Chief Financial Officer from April 2010 to April 2014, from April to December served as Executive Vice President and now serves as President. Prior thereto, Mr. Lucey served as a Managing Director of M.E. Zukerman & Co., a New York-based private equity firm specializing in several sectors of the broader energy industry, from 2001 to 2008. While at M.E. Zukerman & Co., Mr. Lucey participated in all aspects of the firm’s energy investment activities and served on the Management Committee of Penreco, a manufacturer of specialty petroleum products; Cortez Pipeline Company, a 500 mile CO2 pipeline; and Venture Coke Company, a merchant petroleum coke calciner. Before joining M.E. Zukerman & Co., Mr. Lucey spent six years in the banking industry. 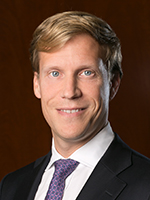 Erik Young joined PBF Energy in December 2010, where he was responsible for both corporate development activities and capital markets initiatives. Mr. Young has been heavily involved in the evolution of PBF Energy and has served as our Chief Financial Officer since April 2014. Mr. Young has fifteen years of comprehensive corporate finance experience, from strategic planning to mergers and acquisitions across a variety of industries and end markets. Mr. Young began his career in investment banking with First Union Securities before joining J.F. Lehman & Company, a New York-based private equity investment firm, in 2001 where he was involved in portfolio investments in the United States and Europe. 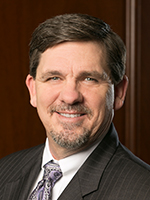 Paul Davis joined PBF Energy in April of 2012 and has been head of PBF’s commercial operations related to crude oil and refinery feedstock sourcing since May of 2013 and, from January 2015 to September of 2015, and served as our Co-Head of Commercial and Senior Vice President, Western Region Commercial Operations from October 2015 to August 2017. Mr. Davis now serves as President, Western Region. Mr. Davis has over 29 years of experience in commercial operations in crude oil and refined products, including 16 years with the ExxonMobil Corporation in various operational and commercial positions, including sourcing refinery feedstocks and crude oil and the disposition of refined petroleum products, as well as optimization roles within refineries. Previously, Mr. Davis was responsible for managing the U.S. clean products commercial operations for Hess Energy Trading Company. Prior to that, Mr. Davis was responsible for Premcor’s U.S. Midwest clean products disposition group.

Thomas L. O’Connor joined the PBF team in September of 2014 as a Senior Vice President and from January to September 2015, served as our Co-Head of Commercial. He now serves as PBF’s Senior Vice President, Commercial. Mr. O’Connor has 20 years of oil industry experience and joins PBF from Morgan Stanley where he was most recently a Managing Director and Global Head of Crude Oil Trading and Global Co-Head of Oil Flow Trading. In this role, he managed a number of activities including pipeline and storage positions related to physical and derivative commodities trading activities. Additionally, Mr. O’Connor oversaw the crude oil gathering activities of TransMontaigne Product Services Inc., a Morgan Stanley subsidiary, where he worked with producers and refiners to provide logistical solutions in key markets with a team of lease buyers along with a fleet of rail cars and crude transport trailers. Prior to joining Morgan Stanley in 2000, he worked for the Tosco Corporation from 1995 to 2000 in the Atlantic Basin Fuel Oil and Feedstocks Team.

Trecia Canty joined PBF in 2012 and served as our Vice President, Senior Deputy General Counsel. Ms. Canty now serves as our Senior Vice President, General Counsel and Secretary. In her role, Trecia will be responsible for the Legal Department and Contracts Administration. Trecia joined PBF in 2012 from Southwestern Energy and began her career at Cleary Gottlieb in Manhattan after earning her law degree from Columbia University. Trecia has supported a broad range of functions across the PBF organization and has played a vital role in multiple financings, the Chalmette and Torrance acquisitions, and numerous commercial arrangements. 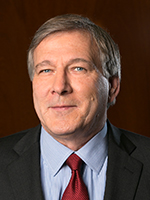 Herman Seedorf joined PBF Energy in February of 2011 and is now the Senior Vice President of Refining. Mr. Seedorf originally joined PBF Energy as the Delaware City Refinery Plant Manager and became Senior Vice President, Eastern Region Refining, in September of 2013. Prior to this he served for nine years as the refinery manager of the Wood River Refinery in Roxana, Illinois, and also as an officer of the joint venture between ConocoPhillips and Cenovus. His oversight responsibilities include the development and execution of a multi-billion dollar upgrade project which enabled the expanded processing of Canadian crude oils. He also served as the refinery manager of the Bayway Refinery in Linden, New Jersey for four years during the time period that it was an asset of the Tosco Corporation. Herman began his career in the petroleum industry with Exxon in 1980. His assignments with Exxon included the trading of international crude oils and a number of managerial assignments at the Baytown Refinery in Texas. Before embarking on his career in the petroleum industry, Mr. Seedorf served five years in the U.S. Navy’s submarine corps following his graduation from the U.S. Naval Academy.